LEVOCETIRIZINE+MONTELUKAST is a combination of anti-allergic drugs, consisting of two medicines: Levocetirizine and Montelukast, primarily used to treat allergic symptoms. Levocetirizine blocks the effects of a chemical messenger known as ‘histamine,’ which is naturally involved in allergic reactions. It helps relieve allergy symptoms such as sneezing, running nose, watery eyes, itching, swelling, congestion, or stiffness. Montelukast is a leukotriene antagonist, which blocks a chemical messenger (leukotriene) and reduces inflammation and swelling in the nose. Collectively, both of them help to improve symptoms and relieve allergic symptoms. 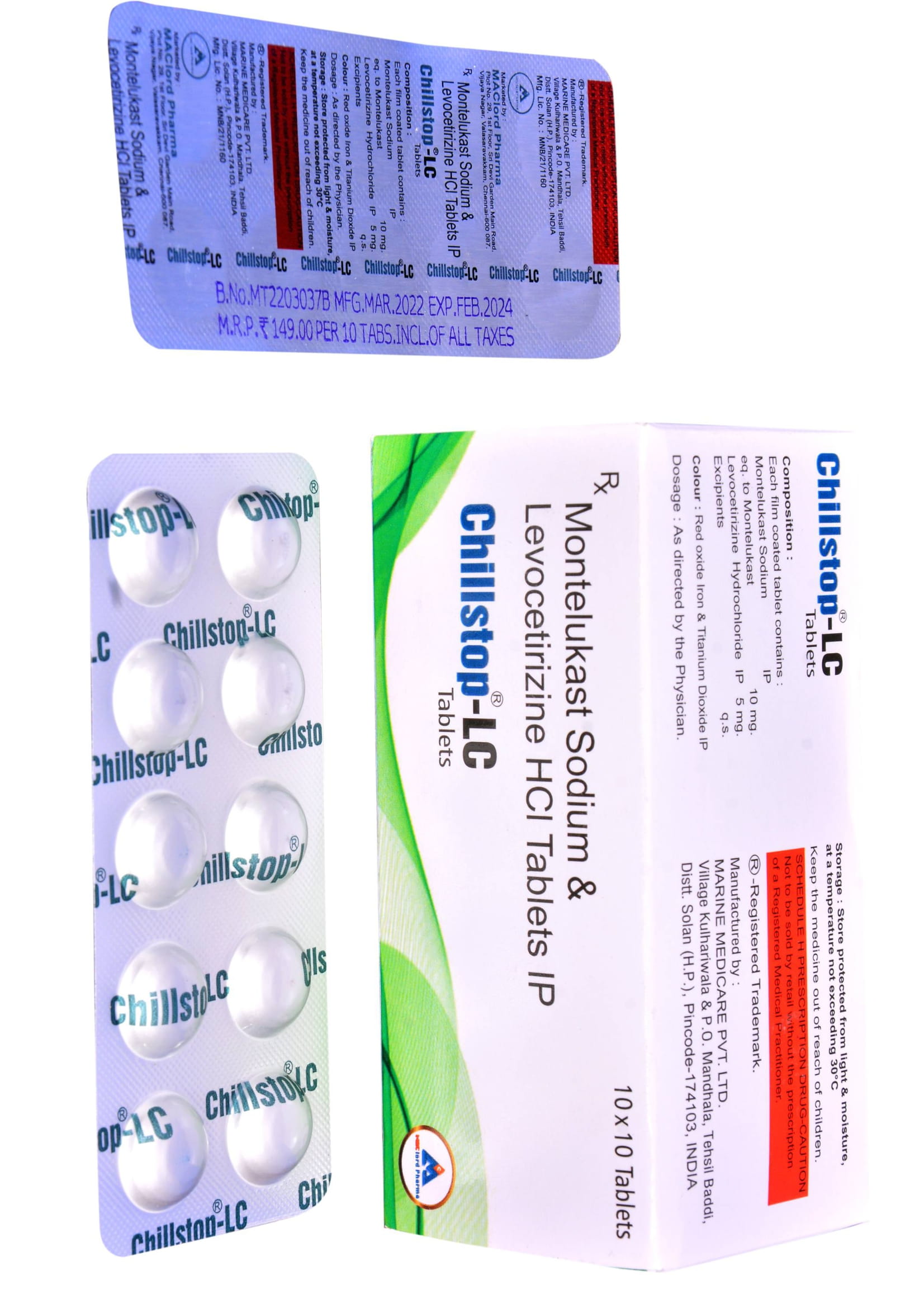 Better Health Care is Our Mission

Maclord Pharma started its business in 2020. Currently, we produce and market our unique pharmaceutical products across the country.